Web and Android interface to rediscover your music with Amarok!

Amarok Apollo WebUI is a script for Amarok allowing you to remote-control Amarok using a modern web interface.

This is an updated version of the popular WebUI-for-Amarok by Johannes Wolter. 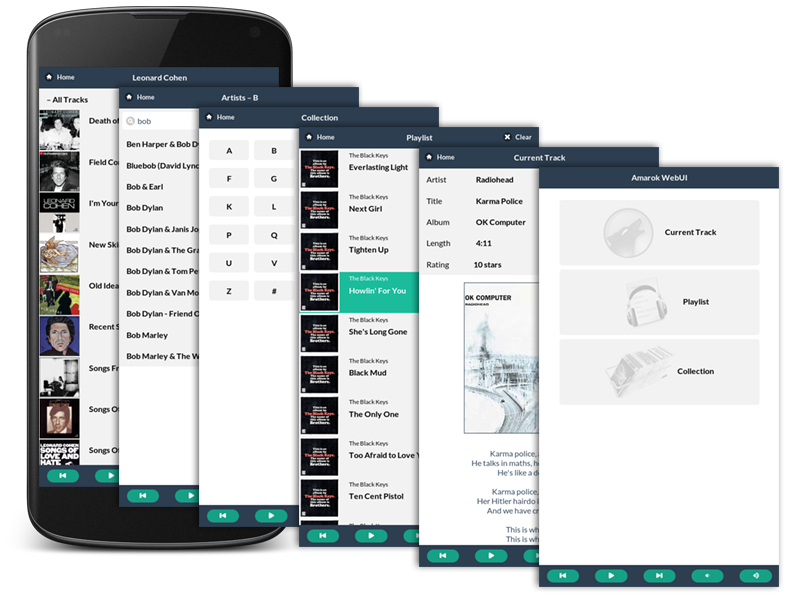 Amarok is a powerful music player for Linux, Unix and Windows with an intuitive interface. It makes playing the music you love and discovering new music easier than ever before - and it looks good doing it!

Amarok /ˈæmərɒk/ is a cross-platform free and open source music player. Although Amarok is part of the KDE project it is released independently of the central KDE Software Compilation release cycle. Amarok is released under the terms of the GNU General Public License 2.

is maintained by mudar.

This page was generated by GitHub Pages using the Architect theme by Jason Long.